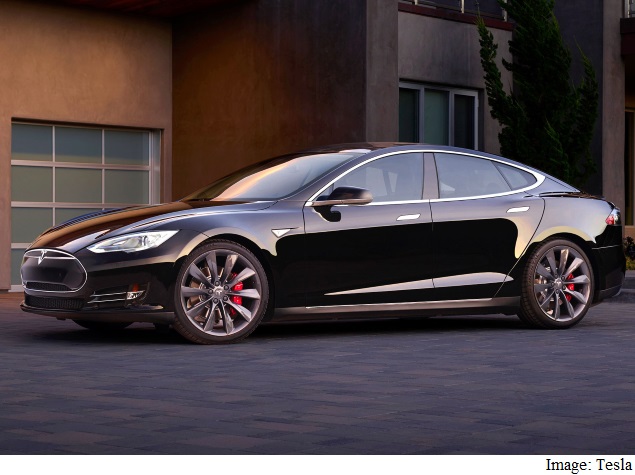 For many drivers who commute long distances, the prospect of owning a self-driving car – where a driver takes his hands off the wheel and feet off the gas – has been an elusive dream.

But on Thursday, Elon Musk, chief executive of Tesla, took a big step in that direction when he announced that the maker of high-end electric cars would introduce autonomous technology by this summer.

Musk said a software update – not a repair performed by a mechanic – would give Tesla’s Model S sedans the ability to start driving themselves, at least part of the time, in a hands-free mode that the company refers to as autopilot.

But some industry experts said serious questions remain about whether such autonomous driving is actually legal.

Brauer said that while a handful of states had passed laws legalizing autonomous vehicles, those laws were written to cover the testing of driverless cars, not their use by consumers.

“It’s not just a philosophical reason why automakers haven’t allowed their vehicles to drive themselves,” he said. “There’s a legal reason, too.”

Alexis Georgeson, a spokesman for Tesla, said that there was “nothing in our autopilot system that is in conflict with current regulations.”

Georgeson said the system was designed to be used by an alert driver. “This is about releasing the driver from tedious tasks so they can focus and provide better input,” she said.

There are cars on the road today from the likes of Mercedes-Benz, Infiniti and Honda that have the capability of driving themselves on the highway. But the automakers have taken steps to prevent actual autonomous driving in such cars, and instead require consumers to keep their hands on the wheel. A few seconds without touching the wheel, for example, and a warning is sounded; the cars then simply come to a stop.

What Musk said Tesla was planning for this summer, however, would be a revolutionary step, said Jessica Caldwell, an analyst with Edmunds.com.

“Working through the legalities and the legislation continues to be an issue,” she said. “I’m not certain how Tesla would get around that.”
Tesla is not alone in pushing the envelope. Chris Urmson, director of self-driving cars at Google, raised eyebrows at a January event in Detroit when he said Google did not believe there was a “regulatory block” that would prohibit self-driving cars, provided the vehicles themselves met crash-test and other safety standards.

A spokesman for the National Highway Traffic Safety Administration responded at the time that “any autonomous vehicle would need to meet applicable federal motor vehicle safety standards.”

Other automakers are in fast pursuit of similar self-driving features. Cadillac, for instance, said last year that it would make a supercruise feature, allowing hands-free highway driving, available in its 2017 model year cars.

But analysts say the industry is banking that new state or federal rules will be in place by that time.

“A couple of years is a couple of years; that’s a lot longer than two to three months,” Brauer said. “Maybe Musk is hoping that by the summer he can get one state like California to sign off – but even that may be a stretch.”

Musk said Thursday that Tesla had been testing its autopilot on a route from San Francisco to Seattle, with company drivers letting the car navigate the West Coast largely unassisted.

After the software update this summer, the cars can also be summoned by the driver via smartphone and can park themselves in a garage or elsewhere, he said. That feature, though, will be allowed only on private property for now, he said.

Carl Tobias, a law professor at the University of Richmond, said the question of liability for autonomous cars would have to be worked out, possibly through court cases, as insurance companies, manufacturers and individuals fight over who is responsible.

“If it’s fully autonomous, who’s responsible if there’s a mistake? The driver or the company who made it?” Tobias said. “I don’t see how Tesla’s going to clear the hurdles. They may have to go to each state legislative body and convince them, and that takes time.”