A group of advisers has been hired by Verizon Communications Inc to take full control of Verizon Wireless where Vodafone Group Plc is the joint partner, as per quoted by two known people.

Already of 55 percent stake in Verizon Wireless has been captured by Verizon & also not yet put a proposal forward to Vodafone. But again for an upcoming bid legal & financial advisers has been hired by the Vodafone. 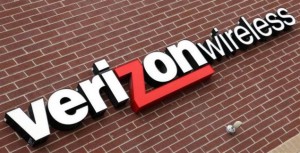 As per sources Verizon wants to start a discussion with Vodafone about a friendly deal, if the British Company does not wish to talk then Verizon will take the bid public-ally.

Vodafone may not show any kind of interests in this deal as per news came from sources.

Actually Verizon’s has a secret wish to buy out U.S. No. 1 wireless carrier Vodafone or the so called joint British partner & as per recent sources Verizon is pushing aggressively for a deal.

Verizon is facing record based low interest rates & high in terms of stock prices & the company is confident to raise $50 billion from bank financing.