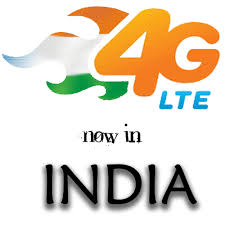 Videocon Telecom on Thursday said it has plans to invest Rs. 1,200 crores over three years on high-speed 4G mobile services to be launched in UP and Bihar by December at rates at par with 2G and 3G Internet services.

“We have partially launched our 2G services in UP East, UP West and Bihar service areas. Our plan is to launch 4G services across select cities starting December with an investment of Rs. 1,200 crores spread over three years,” Videocon Telecom Director and CEO Arvind Bali told PTI.

The company has selected telecom equipment firms Huawei and Nokia Networks as its technology partner to launch 4G service in 29 cities across these service area and Deloitte as its consulting partner.

Telecom equipment companies claim to have achieved 4G mobile broadband speed of about 68 megabit per second (Mbps) in India. At a speed of 1.5Mbps, a user can watch high definition video without any buffering which is similar to watching video on television.

At a speed of 68Mbps, a video equivalent to general Bollywood movie can be downloaded in about 2 minutes.

“We will offer 4G mobile broadband at par with 2G and 3G rates in 29 cities. People will be able to make voice calls using the broadband that will be offered to them. We are going to deploy Voice over LTE (VoLTE) technology for this. In rest of the cities we will offer 2G service,” Bali said.

The company will use its entire spectrum in 1800MHz band that it won in November 2012 auction for 4G service. The frequency that the company holds has most developed ecosystem of 4G services both in terms of equipments and consumer devices.

Videocon has permit to operate in 7 service areas – Punjab, Gujarat, Haryana, Madhya Pradesh, Bihar (including Jharkhand), Uttar Pradesh East and West but was operating only in four service areas.

Among the other opportunities, Bali said the company will have intra-circle roaming (ICR) arrangements with other players for 4G data, which could come as an added business line for them and as a barter for voice ICR.

The Punjab telecom arm of Videocon in January got pan-India Internet service provider licence. The company has plans to prioritise its ISP rollout in these circles to offer Wi-Fi to reduce loading its 4G data services.