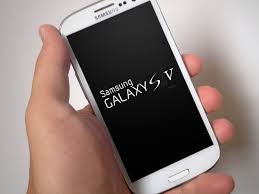 Doon-hoon Chang, Samsung’s vice president of design strategy, has cleared the air on the launch date of Galaxy S5. At a press event in Seoul, Chang answered several questions about the soon-to-be-announced model. When asked whether the Galaxy S5 will be showcased at Mobile World Expo in February and whether its variants will have metal body and flexible screen, Chang answered with “about right.”

His unofficial confirmation is consistent with several rumours about a February launch for Galaxy S5. The Mobile World Congress industry expo is held in Barcelona every year and is scheduled for February 24-27.

It is rumoured that the Galaxy S5 will have plastic body, while Samsung will use the metal body for the upcoming Galaxy F smartphone. The Galaxy S5 is said to have a 5.25 -inch screen with 2K resolution and 566ppi pixel density. Other rumoured Galaxy S5 features include 16MP rear camera, eye scanner and diamond coating on the back.

A Samsung device with model number SM-G900F device, believed to be Galaxy F (the higher-end variant of S5), has earlier appeared on AnTuTu benchmarks. The device that showed up on the benchmark results is powered by a Qualcomm Snapdragon 800 chip and has 3GB of RAM. The Krait processor part of the chip had been clocked at 2.5GHz.

The phone was detected as having 1080p display, though it’s possible that Samsung locked the resolution to that particular resolution (Galaxy S5 is said to sport a 2K display). The device was running Android 4.4 KitKat and featured a 16MP camera.