According to the recent “Indian Telecom Services Performance Indicator Report” for the Quarter ending March, 2013 by TRAI, Idea Cellular has added the highest number of wireless subscribers in Jan – March Quarter followed by Bharti. However in terms of total wireless subscribers, Bharti remains the leading operator with 188.20 million subscribers at the end of Mar-13, followed by Vodafone (152.35 million) and Reliance (122.97 million). 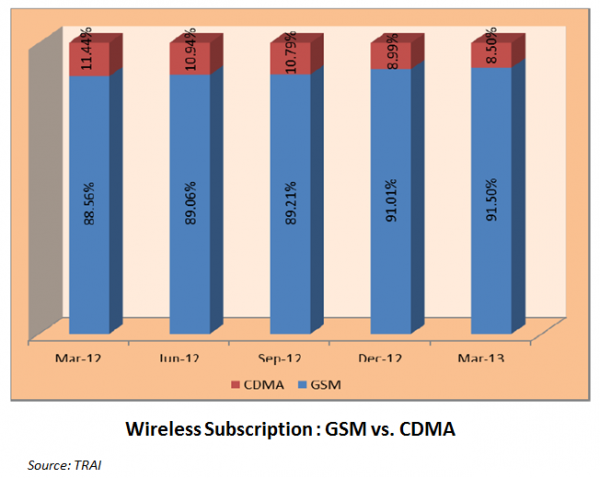 The CDMA subscriber base further declined at the end of Mar-13. Reliance continues to be the largest CDMA mobile operator.

Coming to service area, UP (E) has the highest number of wireless subscribers as of March 2013, closely followed by Tamil Nadu (including Chennai) circle. 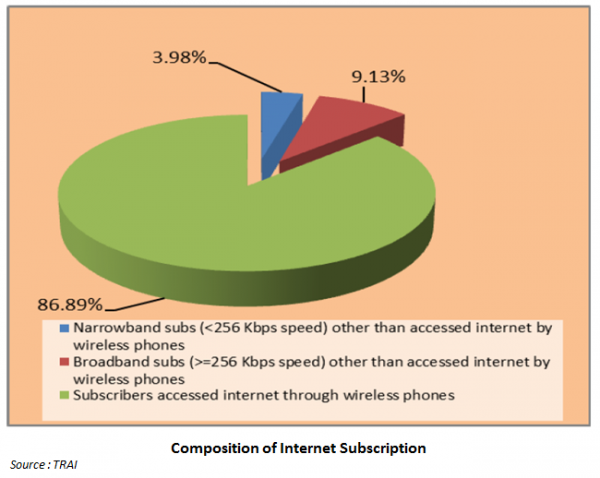