India’s Department of Telecom (DoT)  is examining a proposal for making it mandatory for GSM and CDMA mobile and data service providers to take fingerprint or any other biometric feature of the customers at the time of receiving application (CAF) for a new mobile or wireless service connection. 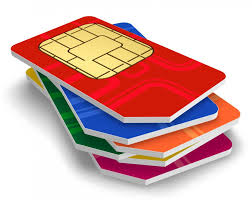 Shri Milind Deora,  Minister of State for Communications and IT today said  that DoT has recently received a suggestion from the Home Ministry indicating that a central database be maintained by DoT of all subscribers which maintains biometric parameters akin to the ‘Aadhaar’ card system.

According to Mr Deora “As per this proposal, this would entail taking fingerprint/thumb impression or any other unique biometric feature of the subscriber when he/she applies for a mobile connection.”

However he also clarify that presently its proposal which will examined  by the DoT and decision on the same is yet to be taken.

Strengthening the rules for taking a new mobile connection, the DoT last year (in November, 2013) came with tough guidelines which called for physical verification and all other information provided by the subscriber in CAF.

If the information furnished in the CAF is found wrong, the SIM card seller /PoS (Point of Sale) or mobile operator’s franchise may file a police complaint against the mobile subscriber within 15 days of bringing it to the notice of the telecom operators.