Additional Spectrum to be surrendered to DoT from Tata Teleservices 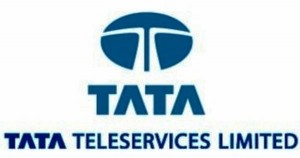 Recently a news came from TTSL that the company is surrendering their additional CDMA spectrum of 2.5 MHz in all the circles except Delhi & Mumbai as a protest against Government decision’s to impose one time airwaves fees beyond a certain limit.

3.75 MHz of CDMA spectrum will be retained by the company in Delhi & Mumbai circles.

From January 2013 Govt. has given an order to impose one time fees for those telco operators holding above 2.5 MHz in the 800 MHz band. Basically the charges will put on those operators carrying addition spectrum beyond their license period.

Depending on the base priced fixed on the spectrum auction took place on 11th March 2013, DoT will charged the mobile operators for each block i.e single Mega hertz of frequencies on per annum basis.

In a statement TTSL told that “The company stands committed to ensuring that this will not adversely affect network or service quality and is looking to deploy additional capex to offset the reduced spectrum availability.”