ZTE on Wednesday unveiled a new Blade series device called the ZTE Blade S6 which runs Android 5.0 Lollipop with the company’s MiFavor 3.0 UI. Priced at $249.99 (approximately Rs. 15,300), the smartphone will go on sale in Hong Kong on February 10 through retail channels as well as through Alibaba’s AliExpress website, which ships products globally including to India. 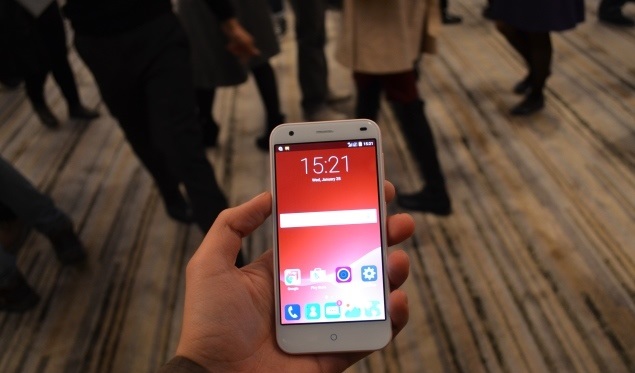 Speaking to NDTV Gadgets at the launch event in Hong Kong, CEO – Asia Pacific, ZTE Mobile Devices, Jacky Zhang said “India is a key market for ZTE, and the company will soon launch the device there as well.”

Starting with the overall design, the Blade S6 seems inspired by the iPhone 6 and iPhone 6 Plus. The device is made entirely out of plastic and comes in two different colours, pink and silver. The front face of both variants is white. The pink variant has a glossy back, but the silver one has a more matte finish. From a distance, the silver ZTE Blade S6 looks metallic.

The smartphone is just 7.7 mm thick and weighs 132grams. Up front, it has a 5-inch HD 720×1280-pixel screen which is bigger than the iPhone 6’s but smaller than the iPhone 6 Plus’s. Though the screen appears bright, it is very glossy and there is no AGC Dragontrail or Gorilla Glass for protection. There is 16GB of built-in storage which can be expanded using a microSD card. The Blade S6 is powered by a 2,400mAh battery. Connectivity options include Bluetooth, Wi-Fi, GPS/ A-GPS, 4G LTE, and Micro-USB. Apart from that the device has various sensors onboard including a proximity sensor, ambient light sensor, accelerometer, compass, and gyroscope. 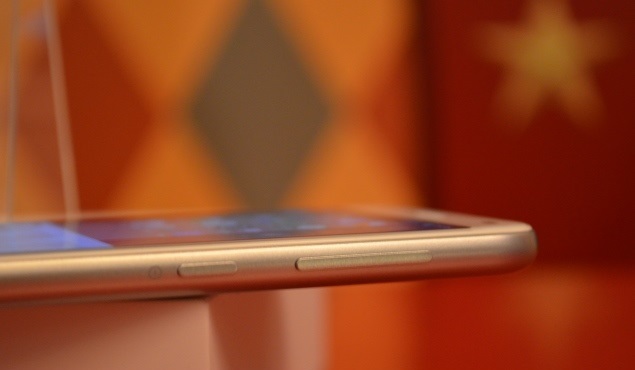 The dual-SIM smartphone supports 4G LTE on bands 3, 7, 8 and 28 (20). ZTE is touting the Blade S6 as the world’s first Android 5.0 Lollipop device to be powered by the 64-bit Qualcomm Snapdragon 615 SoC. Although the Chinese manufacturer has tried many gimmicky features in the custom MiFavor 3.0 UI, the essence of Android Lollipop is still maintained.

These features are described as ‘Smart Sense’ technology by the company, and include shortcuts such as shaking the smartphone to activate and deactivate the flashlight and gesutres such as a ‘V’ to start music playing and ‘O’ to stop it, amongst many others. ZTE has also added an option in the camera settings to let you take photos by tapping anywhere on the screen. Touch response felt fairly good in the limited amount of time we spent with the Blade S6, but ZTE could have done better with the overall finish of the device.

The ZTE Blade S6 sports a 13-megapixel autofocus rear camera with a Sony IMX214 sensor and LED flash. It also has a front 5-megapixel wide-angle lens camera onboard. The autofocus has some lag, but images seem to be processed and stored quickly. At first, images taken with the rear camera appeared pretty average, and didn’t seem to stand out from the competition already in the market.

As the ZTE Blade S6 is limited to Hong Kong for now, and Indian consumers will have to wait for the device to be launched locally. Once the device arrives on Indian shores, we will put it through our comprehensive test process and arrive at a final verdict, so do stay tuned.