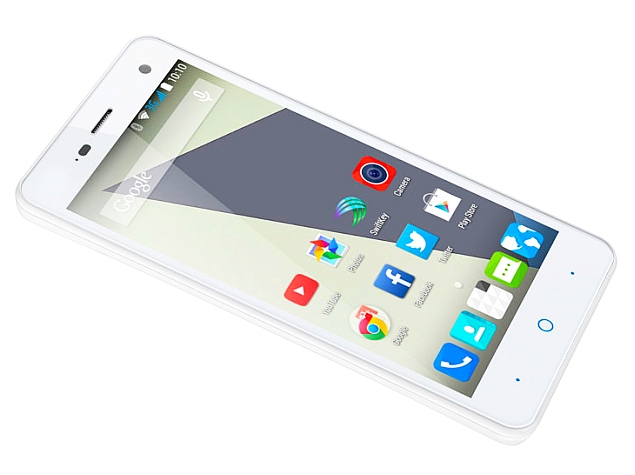 The smartphone’s price and availability details are yet to be confirmed. However, the handset might be significantly cheaper than Blade S6, which is priced at $249.99 (approximately Rs. 15,300), based on the slightly lower specifications mentioned by the company.

Like the ZTE Blade S6, the cheaper Blade L3 will also run on the latest Android 5.0 Lollipop out-of-the-box. It features the same 5-inch display but with a lower qHD resolution (540×960 pixels). Instead of a 64-bit octa-core Qualcomm Snapdragon 615 processor seen in Blade 6, the ZTE Blade L3 is powered by a quad-core 1.3GHz MediaTek MT6582M processor coupled with 1GB of RAM.

The ZTE Blade L3 houses an 8-megapixel rear camera, a 2-megapixel front-facing camera, and 8GB of inbuilt storage for which expandability details are not yet known. A 2000mAh battery powers the smartphone, which the company says will be available in several colours including “unique pearlescent colours”. 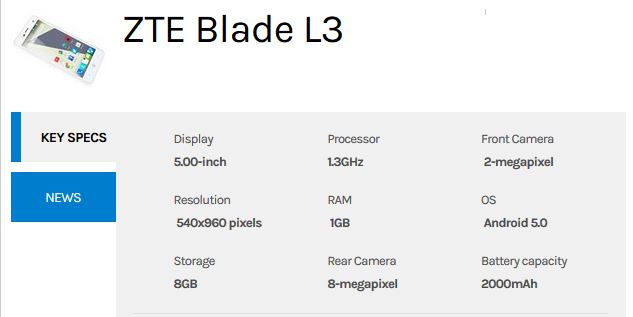 ZTE on Wednesday launched its Blade S6, which will be available globally starting February 10. Some of the highlights of the ZTE Blade S6 include ZTE’s AliveShare application for network-less communication and Smart Sense gesture motion control. The Chinese handset maker touts that the ZTE Blade S6 is “world’s first Qualcomm Snapdragon 615 octa-core smartphone running the Android 5.0 Lollipop operating system.” The design ethics of the Blade S6 match with that of the iPhone 6 and iPhone 6 Plus, with similar bold curved edges and camera design. You can check out our first impressions of the handset.