Lava expanded its Iris X1 smartphone series on Tuesday by introducing two new handsets, namely the Iris X1 Grand and Iris X1 Mini. The two devices are variants of the Lava Iris X1, which was launched in May last year. While the Lava Iris X1 Grand will be available starting first week of February at Rs. 7,326, the smaller Iris X1 Mini will be available around the same time at Rs. 4,348. 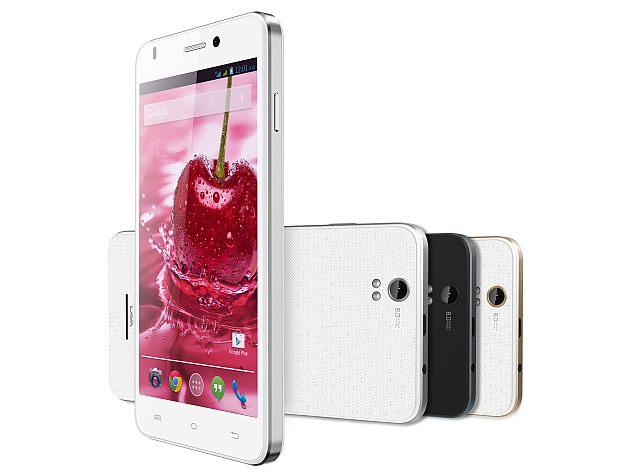 The larger Lava Iris X1 Grand (seen above) runs Android 4.4 KitKat out-of-the-box and features a 5-inch FWVGA (854×480 pixels) resolution IPS display. The firm promises that the handset will receive the Android 5.0 Lollipop update in future. The smartphone is powered by a quad-core 1.3GHz MediaTek MTK6582M processor coupled with 1GB of RAM.

The Iris X1 Grand sports an 8-megapixel rear camera with dual-LED flash and a 2-megapixel front-facing camera. The rear camera is powered by a BSI II sensor and can record videos in full-HD. It features 8GB of inbuilt storage that is expandable via microSD card (up to 32GB). The handset is backed by a 2200mAh Li-Po battery.
The Lava Iris X1 Mini (seen above) runs on the same Android OS version with no word on its Android 5.0 Lollipop update. The device sports a 4-inch WVGA (480×800 pixels) resolution IPS display. The smartphone is powered by a quad-core 1.2GHz processor (unspecified) coupled with 512MB of RAM. 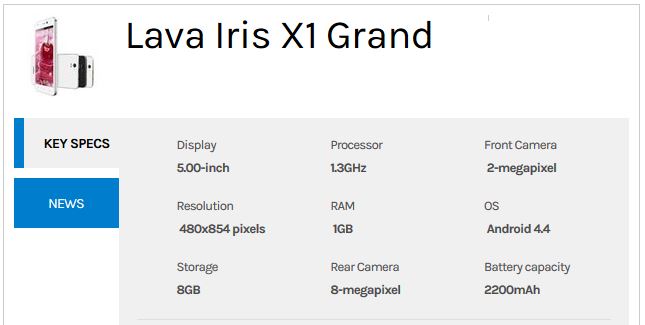 The smartphone houses 4GB of inbuilt storage, which is expandable via a microSD card (up to 32GB). The Iris X1 Mini also features a 5-megapixel rear camera with a PureCel Sensor and LED flash, besides a 0.3-megapixel front-facing camera. A 1750mAh battery backs the handset.

“We are overwhelmed with the great response that we have received for our Lava Iris X1 over the past 6 months. In an endeavour to continue to give our users the same experience with upgraded features and form factor we have decided to add two new members to the Iris X1 family. Iris X1 Grand & Iris X1 Mini have been launched considering high consumer demand for this design in 4-inch and 5-inch screen size devices. With additional features like Intelligent flip cover, Smart Wakeup, Gestures and smart covers these smartphones will surely deliver a delightful user experience,” said Navin Chawla, Vice President & Head Product, Lava International Ltd. during the launch.