A new Lava budget smartphone, the Iris 325 Style is now available to buy via an e-commerce website. The Lava Iris 325 Style has been priced at Rs. 2,599.

At the time of writing, the company hadn’t yet listed the new Iris-series smartphone on its website; though we can expect an announcement about the smartphone in the coming days. 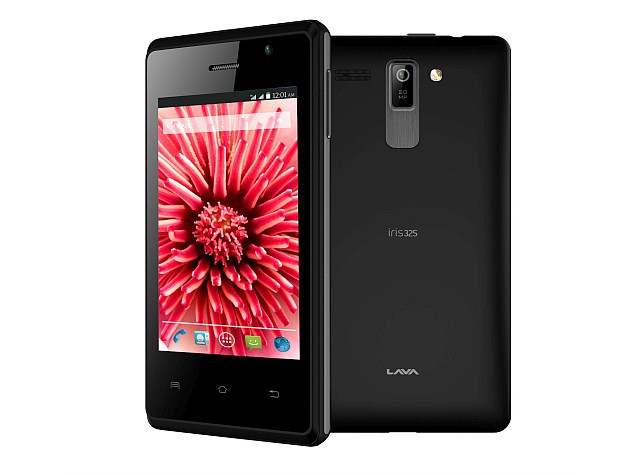 The Lava Iris 325 Style is a dual-SIM (GSM+GSM) device which runs Android 4.4.2 KitKat out-of-the-box. It comes with a 3.5-inch (320×480 pixels) HVGA TFT display and offers a pixel density of 165ppi. The smartphone is powered by a 1.3GHz dual-core (unspecified chipset) processor coupled with 256MB of RAM. It comes with 512MB of inbuilt storage, which is further expandable via microSD card (up to 32GB). It sports a 2-megapixel rear camera with LED flash, while there is a secondary 0.3-megapixel front-facing camera also onboard.

The smartphone packs a 1400mAh battery, which according to the online listing is rated to deliver up to 15 hours of talk time. It measures 118x63x11.2mm and is listed in Black colour.