Celkon’s latest lower-mid-range smartphone, the Q54, is now listed on the company website with specifications. The firm is yet to announce the smartphone officially along with its price and availability details. 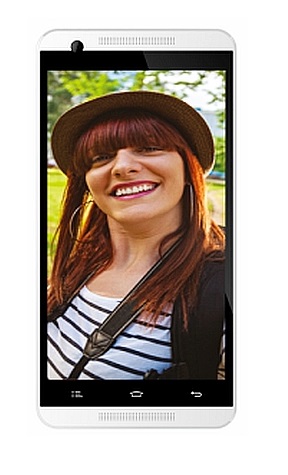 It comes with 4GB of inbuilt storage, which is further expandable via microSD card (up to 32GB). The smartphone sports a 5-megapixel rear autofocus camera with LED flash, while there is a secondary front-facing camera that also sports a 5-megapixel sensor. On the connectivity front, the Celkon Q54 offers 3G, GPRS/ EDGE, Wi-Fi 802.11 b/g/n, Micro-USB, and Bluetooth options.

Celkon recently announced its Millennia Octa510 smartphone at Rs. 8,999. Some of the key features of the smartphone include dual-SIM (GSM+GSM) support; a 5-inch HD (720×1280 pixels) IPS OGS display; a 1.4GHz octa-core MediaTek (MT6592M) processor; 1GB of RAM; 8GB of inbuilt storage further expandable via microSD card (up to 32GB); an 8-megapixel rear camera; a 3.2-megapixel front-facing camera, and a 2000mAh battery. Notably, the Millennia Octa510 is the first octa-core smartphone in the company’s lineup.

The Celkon Campus A400 recently also went on sale via an e-commerce website, priced at Rs. 2,999.