Xiaomi has launched its 2014 flagship in India, the Mi 4, priced at Rs. 19,999 for its 16GB variant. The 64GB variant will also be made available in India, but for now, no availability or pricing details have been announced. Registrations for the smartphone’s first flash sale via Flipkart on February 10 will begin at 6pm on Wednesday.

The Xiaomi Mi 4 has been expected for a while in India, with the company yet to offer a replacement for its popular-but-scarce Mi 3 flagship since it discontinued sales in October. The company also made the Xiaomi Mi 3 available in its last chance sale earlier this week on Republic Day. 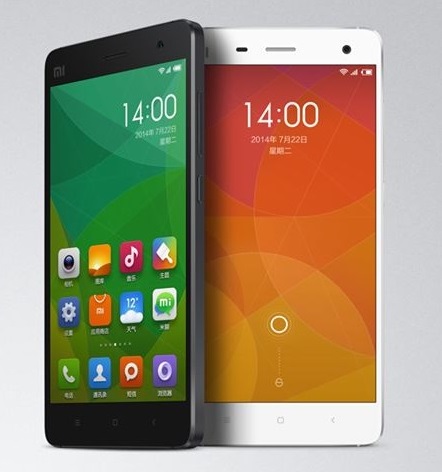 The number of units that will be made available in the first flash sale have not yet been announced, though Xiaomi India Head Manu Kumar Jain said between 25,000 and 40,000 units can be expected. Only the White colour variant will be available initially.

The Mi 4 runs on Android 4.4 KitKat with the company’s MIUI 6 skin on top. It is powered by a quad-core Qualcomm Snapdragon 801 processor clocked at 2.5GHz alongside 3GB of RAM. The smartphone will come in two storage variants 16GB and 64GB (eMMC 5.0).

The Mi 4 sports the same 5-inch full-HD display (1080×1920 pixels) found on the Mi 3; although this time the company has used a JDI OGS full lamination display.

There is a 13-megapixel rear camera and an 8-megapixel front-facing camera on the Xiaomi Mi 4, with both sporting Sony’s stacked CMOS sensors. The smartphone is backed by a 3080mAh Li-ion battery.

Xiaomi also notes that the Mi 4 features a stainless steel metal frame which passes through “40 processes and 193 steps”.

The company also announced it would be following a new two-flash-sales-a-week model, but it is unclear as to which days it will go ahead with, after announcing the Mi 4’s first flash sale will be held on a Tuesday. Jain also announced the company will later this year sell the Mi 4 smartphone on its own India site (where it is currently listed) alongside Flipkart.

At the launch event in New Delhi, Hugo Barra, Xiaomi’s Vice President of International Operations, announced the firm had sold 61.12 million smartphones in 2014. Jain reiterated that 1 million of those were from India, by December last year. The company notably made its entry into the Indian market in July.

Barra added that there were 85 million MIUI users worldwide. Jain added the company had seen 500,000 registrations combined for its January 6 sale of both the Redmi 1S and Redmi Note 4G.

Going forward, Barra said Xiaomi was committed to publishing kernel sources within 3 months of all device launches – starting with the Xiaomi Mi Note. The dynamic pixel contrast adjustment introduced on the Mi Note will also be brought to the Mi 4 via software update.

The MIUI 6 skin based on Android 4.4 KitKat will also be rolled out to all the Xiaomi smartphones that have been sold in India, with Mi 3 getting it on Wednesday, the Redmi Note 4G next week, and both the Redmi 1S and Redmi Note getting it in early March.

In a statement regarding the launch, Barra said, “I am truly excited to be bringing the Mi 4 to India, after listening to the feedback of so many fans. The Xiaomi team has put a lot of effort into designing a gorgeous device packed with powerful specs, and I trust that Mi 4 will be warmly welcomed by all our Indian fans. I believe India Mi fans will love MIUI 6, the most exciting update to our software platform to date.”

Jain added, “The Mi 4 re-affirms our commitment to bring more Mi products to India. We will continue to work on offering our Mi fans incredible value as we introduce even more great devices in the coming year, and the best user experience ever.”