Having cornered the Android smartphone market, Samsung now has smart cameras in its sights. The Samsung Galaxy S4 zoom is a crossover of an Android phone and a point-and-shoot camera, trying to put the best of both worlds in your pocket.

It’s a lot more compact than last year’s Galaxy Camera and this year’s Galaxy NX and, unlike both of them, it has full telephony features. So, it has the makings of a midrange Android smartphone but adds a big sensor, xenon flash, Optical Image Stabilization (OIS) and 10x zoom. These things are usually well out of the reach of a smartphone, which needs to be thin. 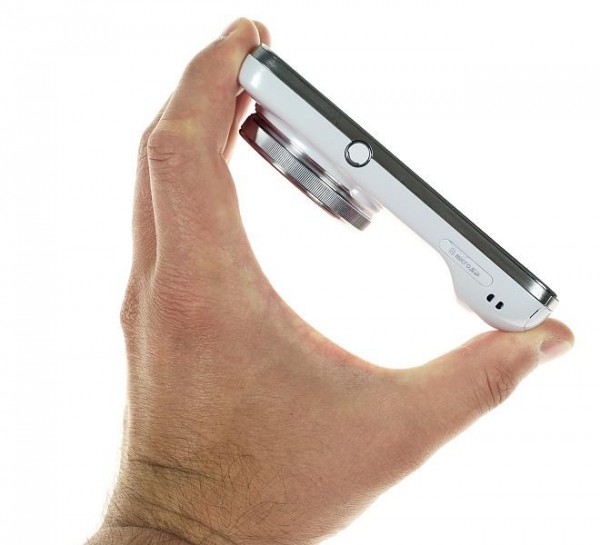 Thin the Galaxy S4 zoom isn’t, but it’s got other virtues.

It’s like a Galaxy S4 mini and a point-and-shoot camera had a teleportation accident and merged together. Of course, the chipset is a bit older than what the mini has, but still benchmarks well enough. The Zoom even kept the IR blaster.

It used to be that people took a few dozen photos a year. Now they will do the same in a day or two and share them with the world in an instant. And all that thanks to the ever-improving photography skills of phones. The Samsung Galaxy S4 zoom takes this trend to an extreme – its long zoom, OIS and capable flash keep it relevant where a phone would be all but useless. 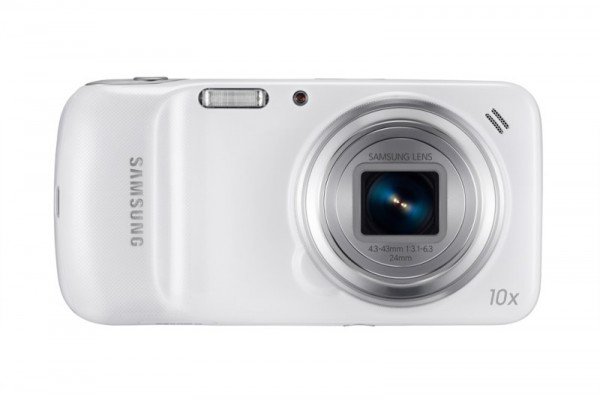 The Galaxy S4 zoom has two faces – that of an S4 mini on the front and a Samsung camera on the back.

The design of the S4 zoom is fundamentally the same as the Galaxy Camera’s, tough Samsung has moved some things around. If you ignore the back for a second, the device is almost identical to the mini, except the volume rocker is now on the right side. This allows you to use the Zoom in the same way you would the S4 mini.

For snapping photos, the grip offers a good hold of the device and you can shoot one handed without worrying you’ll drop it. Samsung’s favorite hyperglazed plastic is rather slippery which isn’t ideal but isn’t a deal breaker either.

The arrangement of the controls is fairly comfortable, whether you use the Galaxy S4 zoom as a phone or as a camera. Not in equal amounts though – holding it horizontally by the grip is a lot better than holding it vertically with the camera lens pressing against your palm.

We noticed something odd – there’s a piece of glass (or clear plastic) on the front of the lens, over the mechanical lens cover. That means you can’t rely on the cover for protection from smudges and the glass can get scratched too. We hope this is some sort of reinforced glass that will be durable enough to survive in the long run though.

Anyway, to further emphasize the camera-centric nature of the device, there’s a tripod mounting hole at the bottom. There’s a small stopper plugging it when not in use, but since it’s not attached to the camera you should be careful not to lose it. This can be used in situations when you need a steady shot (e.g. time lapse videos). The Optical Image Stabilization is usually good enough for a handheld night shot.

The Samsung Galaxy S4 zoom is quite thick and heavy compared to a modern smartphone, but still pocketable, unless you’re wearing tight jeans. You might want to consider using the lanyard eyelet instead and carry the device like a regular camera.