The Lumia 520 completes the roll call for Nokia’s second generation of Microsoft-powered smartphones. Statistically, this means that every step of their product line, from 5** all the way to 9**, has been backed up by a fresh WP8-rocking alternative.

OK, that’s nothing out of the ordinary and actually well on time. The Lumia 520 was announced at this year’s MWC, along with the Lumia 720, signaling Nokia’s intention to focus on the lower tiers of the market.

In terms of budget, it doesn’t get any lower than the Lumia 520. With an estimated retail price of under €150, the 520 is clearly the most affordable WP8-powered smartphone. Hardly a surprise then that it’s a trimmed down version of the Lumia 720 we recently reviewed.

The Lumia 520 has to make do with a smaller, garden variety LCD (no ClearBlack) and an inferior imaging package. The wide aperture lens of the Lumia 720 had to go, too, while the LED flash and the front-facer went with it. The battery is of lesser capacity too but other than that, we’re looking at two very similar packages priced some way apart. And we do think the actual price cut is well worth the features that got slashed. 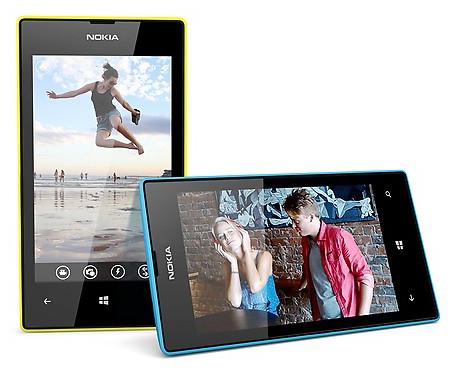 Nokia has rolled out a few devices of proper flagship pedigree since going all-in with Redmond, but the Finns must see plenty of awareness-raising value in devices like the Lumia 620 and 520. And we can’t help but be impressed with the fact that the Lumia 520 shapes up to be the cheapest of them all at launch – considering it’s the only one of the three powered by a couple of Krait cores.

Of course there’re things missing but if you can live without an FM Radio and a front-facing camera, the Lumia 520 is an extremely tempting package. We don’t think the 512MB of RAM is as big a disadvantage as it was for the clearly more costly Lumia 720. The screen isn’t particularly impressive but the thinking must’ve been that potential users would care more about being able to use it with gloves on than the actual image quality.

Nokia has created a simple and sensible design that works equally well across their WP8 lineup. Of course, the finish varies from the flagship to the low-end but it’s a consistent and recognizable styling that an entry level package is quick to take advantage of.

In a nutshell, the Lumia 520 is cheap without looking it. The curved shape and soft rubbery finish around back make for a handset that’s got plenty of grip and style.

There’s a hint at a unibody design, reinforced by the seriously sturdy feel of the phone, but the battery cover is actually removable – to get access to the battery, SIM compartment and memory card slot. The Nokia Lumia 520 lacks some of the refinement of a Lumia 720 but you wouldn’t know either that you’re dealing with the cheapest device in the range.

We have a black and a white Nokia Lumia 520 at HQ but the phone also comes in the more flamboyant red, yellow and cyan. Like the Lumia 820 sibling, the Lumia 520 offers exchangeable rear covers – wireless charging isn’t an option though.

The Lumia 520’s screen doesn’t use the ClearBlack tech and contrast is the biggest casualty. The display clearly lacks the punch of a CBD like the one on the Lumia 720. On a positive note, the viewing angles are quite good. As you can see from the readings in our dedicated test the Nokia Lumia display isn’t the brightest around and its contrast is far from great.

The glass above the Lumia 520’s screen is quite reflective, which means the phone is barely usable when outdoor on a bright sunny day. -gsmarena