Just like in the case of its latest generation Windows Phones, Nokia has opted for using some of the most capable hardware available around for its tablet. The Nokia Lumia 2520 packs a stunning 10.1-inch IPS LCD display, a Qualcomm Snapdragon 800 chipset, LTE connectivity, and a 6.7MP camera with Carl Zeiss lens. Not to mention the usual host of Nokia’s proprietary apps and services. 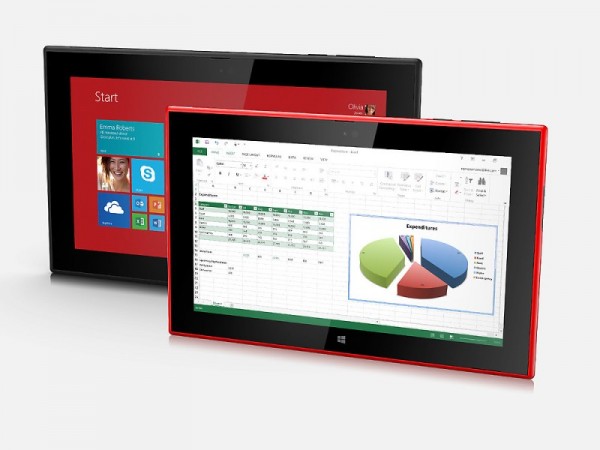 Here goes the full list of Nokia Lumia 2520 features, followed by some of its disadvantages we found after using the tablet for a while.

A quick look at the key features reveals that, as far as specs go, the Nokia Lumia 2520 is well-equipped to go head to head with the finest tablet offerings available on the market. The Lumia’s display resolution falls slightly behind its top-end iOS and Android rivals’, though Nokia has made up for the pixel shortage with superb contrast, sunlight legibility, and viewing angles.

Of course, just like in the case of the Microsoft Surface 2 we recently reviewed, we can’t help but be a tad skeptical about the presence of Windows 8.1 RT as the OS of choice on Nokia’s first tablet. The new wave of affordable, Intel Atom based touchscreen tablets running the full Windows 8.1 questions the very existence of the ARM-centric branch of the OS. The same goes for the obvious lack of hardware vendors willing to utilize the lightweight Windows version in newly developed products.

In a manner taken straight from its Windows Phone playbook, Nokia has countered the limitations of the OS by adding a number of useful, exclusive apps to the Lumia 2520. They include HERE Maps, Nokia Camera, Nokia Video Director, and Nokia Storyteller.

Build quality is up to Nokia’s usual high standards. The Lumia 2520 is superbly put together and ready to tackle plenty of daily use and abuse – from the solid polycarbonate body, all the way to display covered by Corning’s Gorilla Glass 2.

The contrast and viewing angles of the Lumia’s display are superb, as is its sunlight legibility. Nokia has been treating its top-end smartphones to high-quality displays for some time now, so we can’t say we didn’t expect one on the company’s first tablet as well.Things however, take a downturn when Nokia’s offering goes head to head with the iOS and Android’s finest. Apple, Samsung, and ASUS all offer tablets with significantly higher resolution than the Lumia 2520. To put things simply, 1920 x 1080 pixels is no longer considered cutting edge for a $500 tablet.

The back of the Nokia Lumia 2520 is home of the 6.7MP Zeiss camera, an NFC connectivity tag, and a couple of logos. Next to the camera sits a secondary microphone dedicated to noise cancellation.Powered by a beefy 8,120mAh battery, the Nokia Lumia 2520 did quite well in our battery test. The Finnish slate bested its Surface 2 relative and scored highly in both the web browsing and video playback section.

It must be noted that the web browsing test was conducted over a Wi-Fi network. Should you choose to surf the web over LTE, a drop in the battery endurance can be reasonably expected.

Handling the Nokia Lumia 2520 is a pleasure. The rounded edges of the slate make it easy to hold. Its considerable weight however, can potentially cause discomfort during prolonged use.

Overall, the Nokia Lumia 2520 deserves nothing but high marks for its build quality and ergonomics. Battery life is impressive too – it complements the tablet’s productivity credentials quite well.

Following next is a look at the OS of the Nokia Lumia 2520, as well as the manufacturer’s exclusive apps.