We venture again into the realm of phablets, one that at the beginning seemed to promise little more than a short burst of action, has become the scene of some of the most thrilling battles this industry has seen. The showdown we’re about to witness though could well be the climax and a new beginning, all at once. A new dimension of a rivalry that’s been going for years but is now more heated than ever. 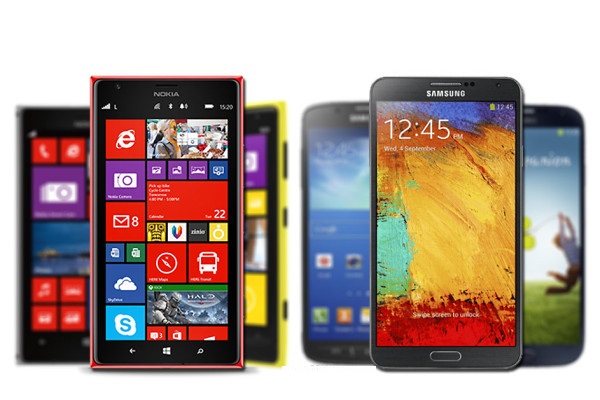 The Samsung Galaxy Note 3 emerged from every battle without so much as a scratch. The lineup has defined the segment and the third generation is an impressive all-rounder with rock-solid still imaging, probably the best video a phone can produce, processing power to spare and plenty of value-adding software features. The S Pen also makes sure the Note 3 caters to artists and creative in a way hardly any device would.

Nokia is only just entering the phablet space, but years of design and imaging excellence are finally made to count, now that Microsoft has finally taken the platform up to speed, enabling support for the latest in screen resolution and computing power. What once put the N and E series at the top of the smartphone food chain must be running in the veins of the Lumia 1520 too.

Ironically, it’s phablets where Windows Phone is finally able to stand up to Android in a meaningful, unconditional way. In the end though, there couldn’t have been a more appropriate scene for this battle. A battle that may never have happened. A killer droid against a droid killer.

These two are powered by identical Snapdragon 800 chipsets and have massive full-HD screens. It’s Super AMOLED against ClearBlack LCD, PureView against S Pen, Nokia against Samsung, Android against Windows Phone. Apps and services is where the battle will be fought too. PureView and the software behind it, Nokia Music, Nokia Drive and Microsoft Office against the stylus-enabled apps and features, the latest TouchWiz treats, and the Google services.

Let’s get something straight right from the start – we’re dealing with two devices that are well above average in size. The Lumia 1520 and the Galaxy Note 3 are phablets that can’t match the portability of the standard 5″ flagships.

At 162.8 x 85.4 x 8.7 mm the Nokia Lumia 1520 is notably larger than the 151.2 x 79.2 x 8.3 mm Galaxy Note 3. The 0.3″ difference in screen size partially explain the larger footprint, but there’s no escaping the fact that the Galaxy Note 3 also has much slimmer bezels, particularly above and below its screen. Giant slabs like these two are particularly sensitive to that kind of thing and you can really feel the difference.

The Nokia phablet is also a lot heavier at 209 g compared to the far easier to swallow 168 g of the Samsung device.

While both smartphones opt for a plastic bodies they’re very different in terms of styling and layout. The Nokia Lumia 1520 continues its maker’s lineup of polycarbonate unibody designs. The clean lines and high-quality materials make this one a real looker and an instantly recognizable member of its family, but we have to admit at this point the design is starting to get a bit played-out. Introduced as far back as the summer of 2011 with the Nokia N9, the polycarbonate goodness has now lost its wow factor even if it still remains one of the better designs out there.

The Samsung Galaxy Note 3 on the other hand debuts a new soft-touch plastic back panel, which mimics leather with impressive ease. The faux stitches also contribute to the look and the overall result is quite pleasant and stands out. Had this been the first iteration for both designs, we’d probably have a hard time picking between them, but since the Galaxy Note 3 is the only one to bring a dash of novelty we are giving it the nod when it comes to looks.

The Lumia 1520 has the majority of its frontal surface dedicated to the 6″ screen. Under it there’s the standard Windows Phone capacitive button trio – center-placed home button, and a Back and Search keys on its sides. Under them lies the main in-call microphone of the Lumia 1520.

Above the display there is the earpiece, which also has the proximity sensor built-in, the ambient light sensor is located next to said earpiece and finally, there’s a 1.2 MP 720p-video-capable front-facing camera. Given that the display on the Lumia 1520 has a resolution of around 2 MP it’s unclear why Nokia went for a front-facing camera with such a low resolution.

Both smartphones have buttons with good feedback and we can’t pass judgment as to which ones are better. However the power button and volume rocker on the Samsung Galaxy Note 3 are tougher to reach as they are mounted too high up on the device, while those same keys on the Lumia 1520 come closer to the thumb, which in our minds makes the bigger Nokia Lumia 1520 easier to use, in regard to buttons.

The noise-reducing secondary microphone on the Samsung Galaxy Note 3 is placed on the top of the device next to the 3.5 mm headphone jack. Completing the tally, on top of the device lies the infrared blaster, which can be quite handy for controlling home appliances and TVs.

On the bottom lies the speaker under a small grille, the primary microphone, the S Pen holster and a microUSB 3.0 with a compatible microUSB 2.0 port built right into it.