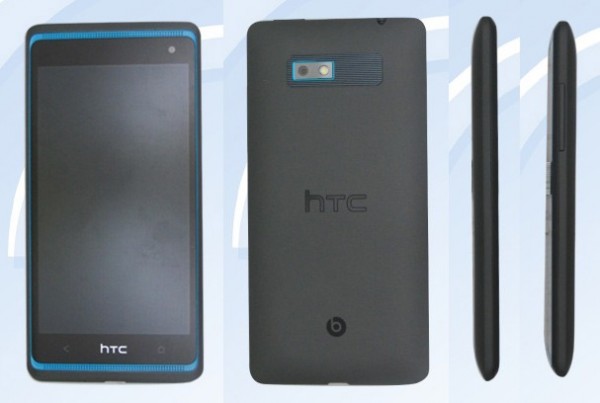 Telecommunication Equipment Certification Centre in China has approved a new handset dubbed as HTC M4 named as Ultra-Pixel falls into the mid-range phone.

an 8-megapixel main camera (so not UltraPixel),

Like HTC one this phone  runs Android 4.1.2 with Sense 5 & also possess 2 capacitive buttons on the front.

Optical Image Stabilization is not inside this phone unlike that HTC One being a mid-range model, its resolution is similat to that of HTC One.,