Updated traffic jams are now being received through Android Apps 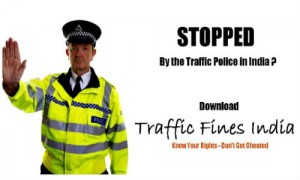 A new concept of receiving the traffic jam news not only by means of FM channels but also by way of smart devices.

Amidray Kochi based start-up firm has built a new Android based application named as ‘Blocked Traffic’ to provide the users with details like traffic jams details on the road & locations residing in user’s area mostly this feature or information will be available within 25-30 Km radius.

A special button is given i.e. ’I’M STUCK’ which provides info on traffic blocks in a given area & also shows the accurate location.

Already the countries like U.S. & Canada is using this same kind of application i.e. Beat the Traffic.

Slowly & Steadily worldwide population is growing & almost expected that 75 percent of global population will be shifted to cities by 2050.