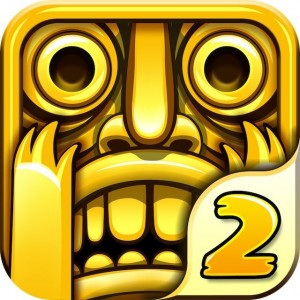 Recently Imangi Studios has released Temple Run 2 for iOS. The Temple Run 2 for iOS launched on 17th January and the game is getting 20 million downloads in 4 days. For now the game is only available for iOS devices and it will be expected to release for Android devices soon. This is one of the gam that’s getting highest numbers of download in a few days.

The Temple Run 2 is the sequel to the smash hit phenomenon that took the world by storm. The game comes with beautiful new graphics and gorgeous new organic environments. The Temple Run 2 for iOS also included new obstacles, more powerups, more achievements, special powers for each character and bigger monkey.