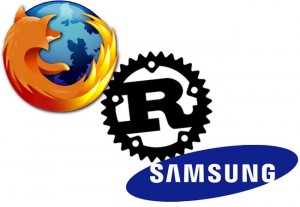 New web browsers to be soon launched by Mozilla & Samsung developing from the ground level for its modern hardware. This web browser is develop to run on Android and ARM platform by the help of Mozilla’s new programming language known as rust. Chrome, Safari and Opera were some of the competitors still to look out by Samsung.

The greatest advantage behind this new web browser engine is that it based on parallel computing. The main moto behind its development is to successfully use all the cores of a mobile processor by utilizing its power efficiently as compare to other processors which do not use all processors at the same point of time.

There is not such detailed info available on Servo only that Mozilla is developing it on Rust programming language & this language is safe by default & it prevents systems from crashes and security vulnerabilities via. classes of memory management errors. Again this new engine is light in size so it do not put any such loads on all the CPU cores both on current & future mobile platforms.

No such specific release date has been shared by the company when Servo will be featured into the respective mobile devices & right now Mozilla is throwing all its major resources into this project by creating tools & enhancing the Rust’s performance.