Can use my 3G simcard on my 4G phone? Would that work?

SIM cards are small chip cards that work with GSM phones to relay communications between the network and the phone itself. SIM cards are generally universal, with the exception of a few phones that use micro SIM cards — such as iPhones. However, this problem can be overcome by using a micro SIM card cutter to remove excess plastic around the edge of the SIM card. If you want to switch service providers, you can purchase a prepaid SIM card from the provider of your choice and insert it into your phone. Service providers are aware of this, so they lock their phones to their networks. This means that if you buy an AT&T phone, you must use AT&T service — until you unlock the phone, that is. 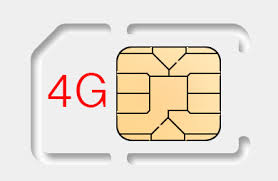 The 3G network, while popular, doesn’t cover every bit of service area in the world. For this reason, 3G SIM cards are equipped to pick up on 2G service. After you have unlocked your phone and prepared it to accept foreign SIM cards, you should be able to insert a 3G SIM card into your non-3G phone and use it normally. All SIM cards are the same size and communicate with the same GSM network, making them interchangeable — even between 2G and 3G phones. However, because your 2G phone doesn’t have the same technology as a 3G phone, it won’t be able to pick up 3G speeds. It will continue to work at a 2G pace. You’ll be unable to receive the benefits of 3G technology, such as streaming video, playing 3D video games and browsing the Internet at broadband speed.

Much in the same way that 3G SIM cards are backwards compatible with the 2G network, 4G phones are backwards compatible with 3G SIM cards. This means that you can put your 3G card into a 4G phone and still receive 3G service. This is because 4G isn’t available in all areas, much in the same way that 3G isn’t available in all areas, so the 4G phones are designed to pick up on 3G service. When your device is unable to receive 4G service, it picks up on 3G service instead. However, you can’t receive 4G service unless you use a 4G SIM card.

So the 3G SIM will give you access to the 3G & 2G spectrum available in your network, but you will need a higher capacity 128kB 4G nano/micro SIM to access 4G data speeds on your 4GLTE enabled phone