Tablet market may be dead soon in the upcoming years as per quoted by Blackberry CEO, since the tablet market is moving on quite steadily. 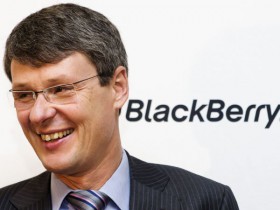 Thorsten Heins Chief Executive Officer of Blackberry commented in an interview “In five years I don’t think there’ll be a reason to have a tablet anymore,Maybe a big screen in your work space, but not a tablet as such. Tablets themselves are not a good business model,” in Los Angeles at Milken Institute conference.

Heins said that in the upcoming five years Blackberry will be the market leader in advanced mobile computing & also commented that He wants to capture as much as market share not by copy cat.

Again we saw tablet like a device in the 2013 road map but Blackberry seems to have different prospective when we talk about tablet industry.

blackberry blackberry playbook blackberry z10 Tablets would be dead in next five years as per Blackberry CEO 2013-05-03
admin
Previous: Reliance may share its towers with Bharti Infratel
Next: 49 Percent is the quarterly profit drops from Bharti Airtel