Samsung takes the ‘green’ route with the Galaxy S4 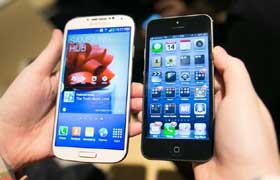 Mumbai: Samsung can be accused of a lot of things, but there’s no denying that the company tries to push the envelope every now and then. This time around, to set apart its Galaxy S4 flagship from the competition, the company has opted to go green.

Samsung is going to ship the Galaxy S4 in eco-friendly, recyclable box. In fact, it’s not only the latest bigwig in Samsung’s smartphone portfolio; every new Samsung device will be sent around the world in the new green packaging.

Phone Arena posted some pictures of the new packaging for the Galaxy S4 and the Galaxy Note 8.0 (510). Both come in very compact, bamboo-coloured boxes. According to Samsung, the boxes are made of 100 percent post-consumer recycled paper and printed with soy-based inks. In the company’s words, the boxes are “100% recyclable.”

This isn’t the first time Samsung has shipped devices in a green packaging. Earlier, certain models were specifically shipped in boxes designated as “green”, but now the company will be adopting eco-friendly packaging for all of its products moving forward, according to the report.

Aside from the obvious benefits of such a packaging, it also gives the S4′s box a measure of class that somehow glossy, plastic coated boxes never evoke. The overall aesthetics also adds a bit of Asian flavour to the whole package, showing off Samsung’s roots.