The next generation of transistors may pave the way for flexible, paper-thin computer screens that provide faster response times and better efficiency, scientists say. 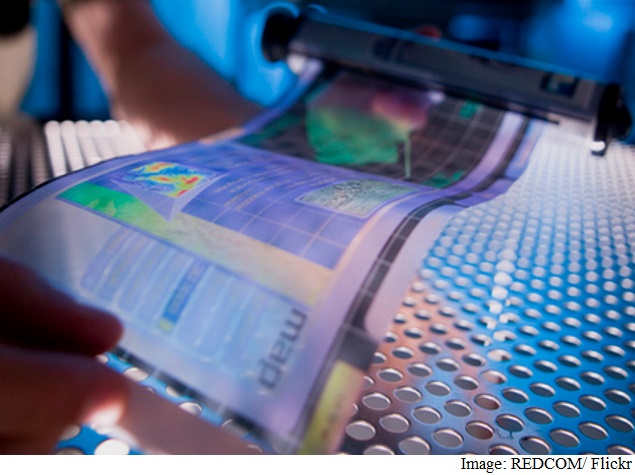 The researchers reported that much progress has been made in the development of light-emitting organic field-effect transistors (LE-OFETs) since they first appeared in 2003.

Research in this area has resulted in advances in the manufacture of novel organic photonics applications using cost-effective approaches.

Light emission efficiency and brightness of these transistors will soon improve, researchers said.

Further research may lead to production of new display technologies, they said.

LE-OFETs are also expected to become fully compatible with well-established electronic technologies. This may allow further development of optical communication systems and optoelectronic systems, such as those using laser technologies.

LE-OFETs are being used to develop flexible, transparent computer screens. These screens are purported to provide faster response times, better efficiency, and no need for backlighting. They also have very low energy needs.

Light-receiving organic field-effect transistors (LR-OFETs), on the other hand, are much less developed than their light-emitting siblings.

Phototransistors, used in CD players, are an example of such devices that hold much promise. But their durability needs to be improved for them to be used in more flexible applications, researchers said.

Further development is also required in other kinds of light-receiving OFETs before they can be used in all-plastic computing devices.

Flexible displays, in which all the device components – such as the light-emitting parts, the switching parts, and the substrates – consist of plastic materials have already been developed and will appear on the market in the near future, researchers said.

However, similar memory devices are still lacking. If “plastic memory” is developed, it will open a new frontier.

Researchers estimate that it will still be another ten years before all-plastic, flexible computing devices appear on the market.

The research was published in the journal Science and Technology of Advanced Materials.