Sony on Thursday unveiled its first ‘SIM-free’ smartphone dubbed the Sony Xperia J1 Compact (D5788) in Japan. The firm will launch the device with NTT DoCoMo on April 20. It will be up on pre-orders starting March 27 with a price of JPY 59,184 (approximately Rs. 30,000). 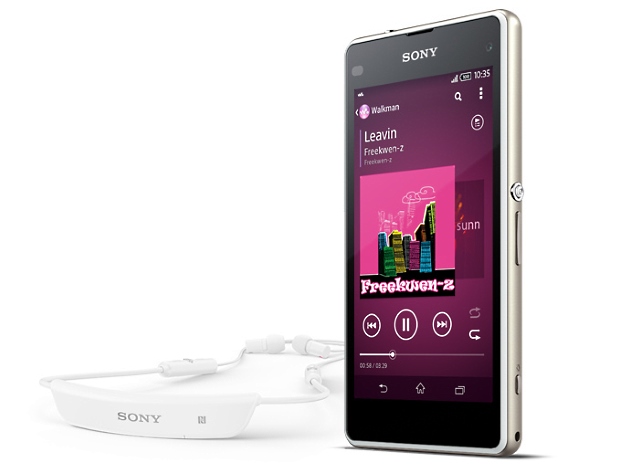 The 16GB of inbuilt storage on Xperia J1 Compact can be expanded via microSD card (unknown capacity). The device boasts of 20.7-megapixel rear camera with flash just like Xperia Z3, and a 2.2-megapixel front facing camera.

Earlier this week, Sony launched the Xperia E4 Dual in India, priced at Rs. 12,490. Based on Android 4.4.4 KitKat, the Sony Xperia E4 Dual features a 5-inch IPS LCD display with a qHD (540×960 pixel) display, and is powered by a 1.3GHz quad-core MediaTek MT6582 processor coupled with 1GB of RAM. It bears 8GB of inbuilt storage that is expandable via microSD card.

Other specifications of the Xperia E4 Dual include a 5-megapixel rear camera with LED flash, a 2-megapixel front-facing camera, and a 2300mAh battery that Sony claims provides two days of battery life.