Sony has launched an affordable handset, the Xperia E4. The smartphone will be made available in the middle of February alongside a dual-SIM variant. No pricing details have been shared yet by the company. 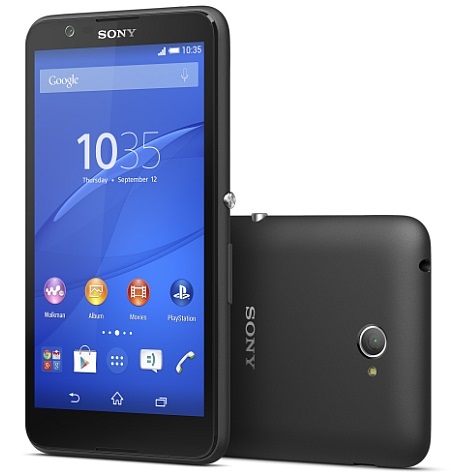 Based on Android 4.4.4 KitKat, the Sony Xperia E4 features a 5-inch IPS LCD display with a qHD (540×960 pixel) display, and is powered by a 1.3GHz quad-core MediaTek MT6582 processor coupled with 1GB of RAM. It bears 8GB of inbuilt storage that is expandable via microSD card.

Other specifications of the Xperia E4 include a 5-megapixel rear camera with LED flash, a 2-megapixel front-facing camera, and a 2300mAh battery that Sony claims provides two days of battery life. The Japanese firm has also included Battery Stamina and Ultra Stamina modes to help.

The Sony Xperia E4 and Sony Xperia E4 Dual will be available in Black and White colour variants, and despite featuring Sony’s OmniBalance design philosophy, look significantly different from other recent handsets from the company, including its predecessor, the Sony Xperia E3. The smartphone features curved edges, a textured back panel, a scratch resistant display, a diamond-cut aluminium power button, and a stainless steel camera ring.

Sony is also touting interchangeable back covers, and a customisable UI with options to choose themes. In a statement about the launch, Tony McNulty, Vice President, Value Category Business Management at Sony Mobile Communications, said, “With Xperia E4, we wanted to offer people some of the premium Sony features they have come to expect – with unparalleled ease of use – at a highly-competitive price point. With a simple set-up, great screen and unrivalled 2 day battery life we’ve created an on-the-go entertainment device that will keep on going, wherever you are.”