Motorola is widely expected to launch the successor to the popular Moto E smartphone – expected to be called the Moto E (Gen 2) – at MWC next month. The yet-to-be-announced Motorola handset however may have been leaked by an online retail partner already. 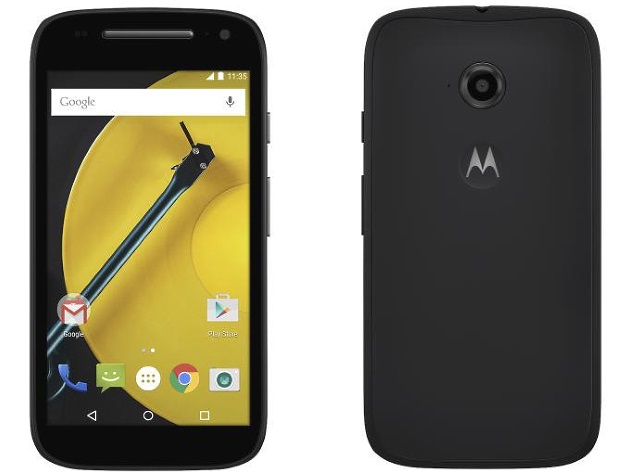 Best Buy, the popular retailer, has listed the Motorola Moto E 4G’s Sprint variant as ‘coming soon’ along with the price and specifications, potentially spilling the beans ahead of the official unveiling. Of course since this is a third-party retailer, one cannot be certain if these will be the official launch price and specifications whenever Motorola launches the smartphone.

Notably, the Moto E 4G listed by the retailer is being considered as the second-generation of the popular Moto E, with upgraded specifications. The Moto E 4G is priced at $99.99 (approximately Rs. 6,200) for the unlocked version.

The listing, first spotted by STJsgadgets, also includes an image of the unannounced Moto E 4G, which coincidentally is identical to the image that was leaked in January for the Moto E (Gen 2). The listing confirms that Moto E (Gen 2) aka Moto E 4G will be Motorola’s first non-Nexus smartphone to run Android 5.0 Lollipop out-of-the-box.

We remind readers however that nothing is official yet, and that all such leaks must be taken with a pinch of salt.

In other news, Motorola India on Monday announced a bevy of offers on Moto devices in India on completing a year in the Indian market (since the launch of the first-generation Moto G) with its exclusive online partner, Flipkart. The new offers are valid on the purchase of the Moto E, Moto G (Gen 2), Moto X (Gen 2), Google Nexus 6 and Moto 360 via Flipkart from February 9 to 15.