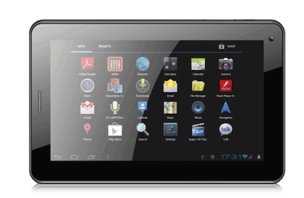 After launching Funbook P600 Tablet in February this year, Micromax again came out with Funbook Talk P360 the tablet which appeared on online portals. The only difference is the price. Both Android tablets have 7-inch capacitive touch screen.

While P600 Tablet is priced at 9,499, this one with slightly different features has a price tag of Rs 7,049 and 7,599 on snapdeal and flipkart respectively.

The Micromax Funbook P600 Tablet has 2MP of rear camera and front camera. It is enhanced with 512 MB RAM, 4GB ROM which is further expandable upto 32GB. It also features internal memory of 0.96G for apps. Further, it comes with Lithium Polymer battery that supports talk time upto 10hrs and stand by time upto 224hrs. It is also equipped with features such as 3G, Wi-Fi, video-recording, etc.