The rumours and leaks for HTC One (M9) aka Hima just don’t seem to stop with the handset’s purported design surfacing once again. The new image for the rumoured HTC One (M9) shows a larger variant of the smartphone alongside, with both sporting a much slimmer design than predecessors.

The image comes courtesy of the now-retired tipster @evleaks, who posted a tweet saying “Old habits die hard…” along with four images, with the first three leaks of previous flagship handsets from the company, indicating the last is of the anticipated new flagship. 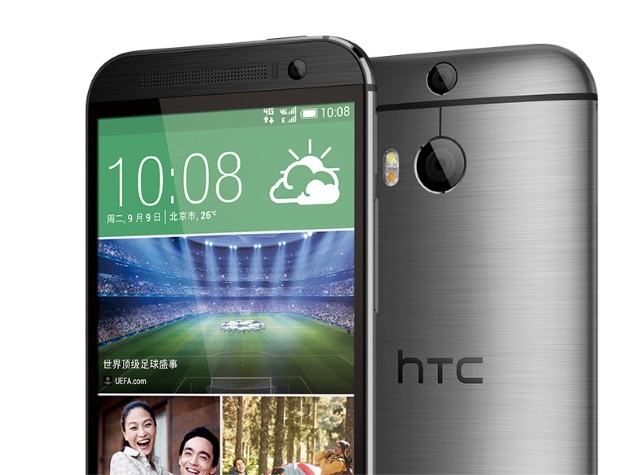 The last greyscale image shows two smartphones of different sizes, the larger one of which sports a physical home key button. Phonearena speculates the home key will come with added security features and act like a fingerprint sensor. While HTC is yet to confirm any of the leaks and rumours, it has been suggested that the smaller handset will be the flagship HTC One (M9), while the larger variant will be called as HTC One (M9) Plus or Max, based on the past models released by the Taiwanese firm.

The two smartphones in the images are also seen boasting a HTC Desire Eye-like front-facing camera. The front-facing speakers that should come with the company’s BoomSound are integrated in the handsets, this time in a more subdued manner. 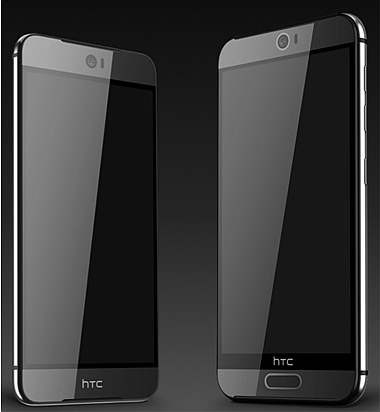 It is yet be seen what HTC has got in store for its fans at its upcoming MWC 2015 event scheduled for March 1 in Barcelona, and the successor to the HTC One (M8) is expected.

As for the specifications, the HTC One (M9) or HTC Hima might include a 5-inch full-HD (1080×1920 pixels) display; Qualcomm Snapdragon 810 processor; Adreno 430 GPU; 3GB of RAM; 20.7-megapixel rear camera, and a 13-megapixel front camera. The specifications were tipped in an alleged AnTuTu benchmark test of the handset last month.