The search giant is partnering with LG for a second year in a row. Whether the Koreans are offering the best production cost or both sides were happy with the Nexus 4, it’s a choice we don’t mind at all. Anyway, Android 4.4 KitKat on a five-inch full-HD screen, powered by a Snapdragon 800 is a package no one would say not to. 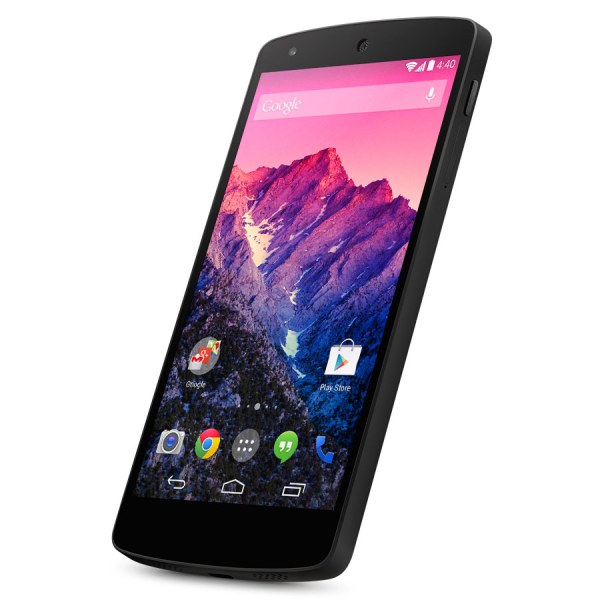 Check out the key specs to see what we’re on about.

Although there’s almost no physical resemblance to back it up, the Nexus 5 is based on the LG G2 and that’s not a coincidence. The Nexus 4 last year was based on the Optimus G, so history’s clearly repeating itself. At least as far as what’s under the hood.

The latest major release of Android as usual premieres on a new Nexus phone. The Nexus 5 runs Android 4.4 KitKat, which brings even tighter OS integration with Google services. There are a number of other improvements and hints at what’s to come. But before we get to that, we’ll focus on the Nexus 5’s build and finish. The Android 4.4.

Under the soft touch back cover sits a 2,300mAh Li-Ion battery, which Google rates to last up to 17 hours of 3G talk time. Naturally, we run the Nexus 5 through our circle of battery endurance tests and it managed an endurance rating of 40 hours. 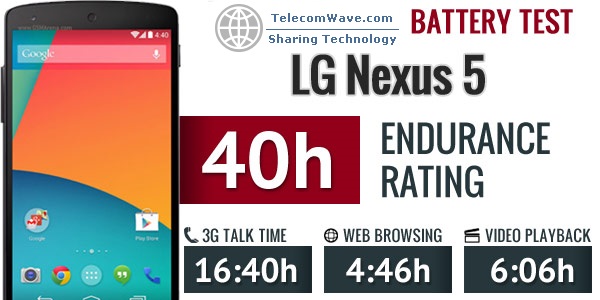 The color balance is quite good and slightly better than even what the G2 offered. Contrast is a lower though and so is saturation, which means some of the extra punchiness is gone. Those who favor more natural reproduction will certainly be happy with the Nexus 5 screen, though.

The overall screen reflectiveness is very low and the display is very bright. There is some contrast loss when you are viewing the screen at an angle, but it’s minor and won’t take away from the otherwise good picture quality.