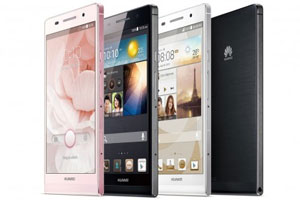 The phone is believed to be faster than the HTC’s flagship phone, the HTC One. The phone is equipped with a 3,200mAh battery and 2GB of RAM. It has an internal storage of 16GB, which is expandable via a microSD card.

The phone includes an UltraPixel rear camera and a 2.1-megapixel front camera. The phone is scheduled to be released in July in Taiwan. It will carry a price tag of approx. $766 price tag.

The UltraPixel sensor is engineered with larger pixels, and it is touted to enable each pixel to capture more than 300 per cent more light than most leading 13 megapixel cameras. This is because the larger each pixel on the image sensor is, the more light it receives, and hence the image data becomes better.