The HTC One is certainly one of the smartphones of the year and has come a long way towards helping the Taiwanese company out of its financial woes. It was only logical then that HTC will try to capitalize on that success by bringing the same formula to other parts of its portfolio. We already got the upscaled version with the Butterfly S, so now it’s time to shrink the design with the HC One mini.

Over the last few years large phones (that grow ever bigger) have managed to claim a monopoly on good specs it seems, which made many (including quite a few members of our team, we even started a petition) yearn for a compact, but premium Android. The Galaxy S4 (the arch rival of the One) already got its mini version, but that one made too great a compromise with the screen. Let’s see if HTC has done better. 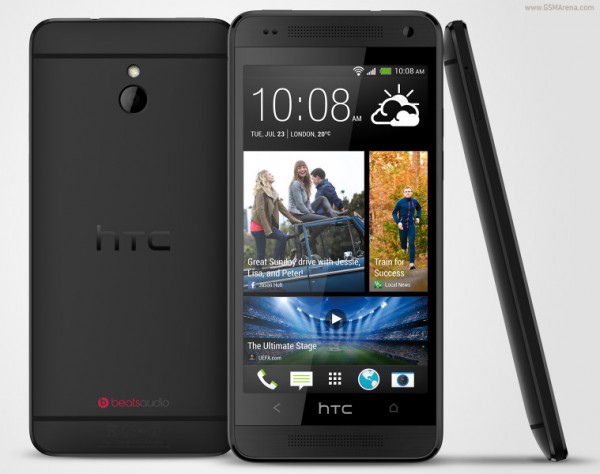 HTC One mini at a glance:

Some might frown at the idea that a 4.3″ smartphone qualifies as mini, but the truth is this size hits a sweet spot. It has enough screen estate to provide enjoyable multimedia and gaming experience as well as enable decent productivity, yet it still allows a smartphone to fit into virtually every pocket.

And the 720p resolution is just right too – the Galaxy S4 mini screen is also 4.3″ big but the qHD resolution and 256ppi pixel density spoil the premium feel somewhat. The plastic body didn’t help the One mini competitor either.

This is important – there are plenty of mid-range reasonably compact phones already. What we want (and really hope HTC has delivered here) is a compact phone with high-end specs. The HTC One mini spells out premium with an aluminum unibody design and UltraPixel camera with dedicated ImageChip 2, plus BoomSound (stereo speakers on the front with a dedicated amp).

HTC has delivered the best software it has too – Android 4.2.2 Jelly Bean out of the box with Sense 5. The Sense customizations include the BlinkFeed news and social media aggregator, Zoe camera and Video highlights.

Could this be it? The dream phone with good specs, without a huge screen you have to overpay for, even when you don’t want it in the first place? At first glance there are only a couple of things that might prevent the HTC One mini from achieving glory. It has a lesser chipset (1.4GHz dual-core Krait CPU, 1GB RAM) compared to both the original One and the Galaxy S4 mini and its storage is limited (just 16GB with no option for expansion).

The HTC One mini is little else, but a downscaled One on the outside – premium aluminum, with the solid feel of a unibody phone all whipped into an attractive design. While the 5″ Butterfly S went with polycarbonate (perhaps due to weight considerations), the HTC One mini should earn as much praise for its design as the regular One did.

The mini also differs from the One in the polycarbonate strip that runs along the sides of the phone. The regular One has it too, but the one on the mini is thicker, covering the entire sides. We think this is an advantage – plastic can take a knock, while aluminum is more brittle (it dents and its paint peels off more easily when hit). And the polycarbonate plastic is nice enough to keep the premium feel, so if anything the mini is an upgrade over the full-sized One.

The front of the HTC One mini follows the established design used by the regular One and the Butterfly S. It’s The whole front panel is protected by Gorilla Glass 3, there are two capacitive keys below the screen – Back and Home – and a speaker on either side of the display. Next to the top speaker is the front-facing camera (1.6MP / 720p) along with proximity and ambient light sensors.

With the 4.2.2 software, you can long press the Home key to activate the Menu, instead of having an on-screen button that eats into the usable screen space. The HTC One got this as an update, but the mini stood in the R&D lab long enough to get it out of the box (actually, it was part of the pre-release software for the One too, until HTC decided to remove it).

The screen is gorgeous – it’s not quite as sharp as the 1080p screen on the One, but at this size spotting the difference takes some effort. It has great viewing angles and great colors too. Overall, we find the screen is worthy of the One name, unlike the uninspiring qHD unit of the Galaxy S4 mini.

The top of the HTC One mini features the Power/Lock key (sorry, no IR function this time around), the 3.5mm audio jack and one of the two mics. The bottom of the phone holds the second mic along with the microUSB port.

The two mics are used for stereo recording in videos but work with Sense Voice too. This feature keeps track of how loud the environment is during a call and ups the gain on the mic to make sure the other side can hear you.

The left side of the One mini is where the microSIM card tray goes. The right side has two volume buttons, an uncommon design.