BlackBerry said on Wednesday it plans to fill one of the biggest gaps in the app line-up on its new BlackBerry 10 devices with a long-awaited Skype application.

Skype, which was acquired by Microsoft Corp in 2011, allows its users to communicate via voice, video or chat over the Internet, by-passing traditional telephone networks. The service has hundreds of millions of users across the globe. 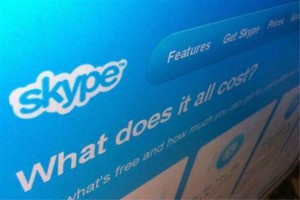 The announcement comes a day after BlackBerry said its new Q10 smartphone will be available in Canada on May 1, and in the United States before the end of May. The Q10, which comes with the physical keyboard that many of BlackBerry’s core fan base cherish, is the second device to be powered by the company’s new BB10 operating system.

Skype will be available on the Q10 on launch day. Users of the existing Z10 touchscreen device will have to wait a few weeks more to get Skype, after a software upgrade on the operating system, BlackBerry said.

A smaller app base than Apple’s iOS and Google Inc’s Android platforms has been one of the biggest criticisms of the new BlackBerry system. It has yet to offer some big-name apps like Netflix and Instagram.