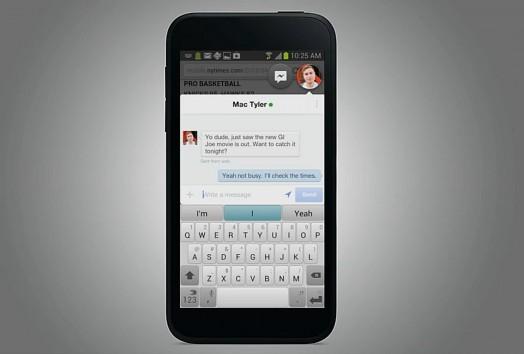 iOS devices will soon get infiltrate from Facebook own Android based home application named as ‘Chat Heads’.

iPhone and iPad has received the latest update for Facebook Apps like Chat Heads, stickers and other UI improvements. Only one disadvantage remains that Facebook Home will be useful for Android users rather than iOS users who will get accustomed with this new apps Chat Head.

As we know there is always an issue with the restrictions of any apps in Apple based OS, but the new app Chat Head is only limited to Facebook only which was not meant to be when it was started developing this app. The basic goal of Facebook was to reach as much user’s hand so that everyone can use this unique app.

This new application from Facebook is available in market now for iOS devices, but there is one complaint that some users is getting hands into this new apps, so still in some weeks it will launch in other places.