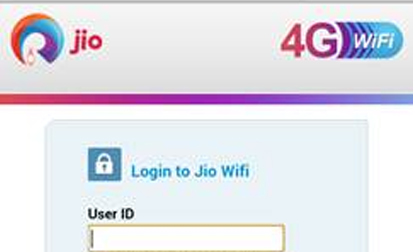 Reliance Jio Infocomm, which has pan-India spectrum for 4G wireless broadband services, plans to provide connectivity speed to subscribers that will be 10-12 times faster as compared to 3G networks.

“We are practically achieving a speed of 49 megabit per second downlink (download), and uplink is between 8-9 mbps. Theoretically, the present set up that we have, can achieve speed of 112 mbps downlink,” an RJIL official told PTI.

At a speed of 49 mbps an user can download a full movie, which is generally of 600 megabyte size, in about 2 minutes.

The average top speed of 3G network is pegged at 4 mbps. RJIL is the only company in India to have nationwide 4G spectrum. It holds large chunk 20 meghertz in one frequency band known as wireless broadband access (BWA) specturm. It has been allocated 2.2 crore numbers to start its services.

The company is running trial of products including phone and TV services that it plans to provide through 4G network.

RJIL will provide outdoor customer premise equipment (CPE) that will connect to its mobile tower.

“There will be wire which will run into house of customers from this CPE that can be connected to various devices and create a local wi-fi network for people to access broadband. There will be a set-top-box that we will provide which will facilitate both broadband and television services,” the official said.

The STB has been developed on Google’s Android platform. Besides CPE, RJIL has plans to connect to those homes which won’t get strong signals with optical fibre network.

Gearing up to foray into TV services market, Reliance Jio Infocomm (RJIL) has loaded 150 channels that it will provide across all devices ranging from mobile phone to TV sets using its high speed 4G network.

“We have almost all leading TV channels across all genres from leading houses- Sony, Zee, TV18, Star and others. This is trial phase and we will add more channels as we get ready for commercial launch,” said another official.

He said its TV service will have a ‘Catch UP’ feature that will allow users to see programmes of the past 7 days. “We have our data centre ready which will automatically store these content.”

India’s cable TV market had more than 9.6 crore subscribers till the end of December 2012, followed by DTH services with over 5.45 crore.

The 4G network based ‘Jio Television’ can serve as third alternative for Indian consumers, the official said, without specifying the time for its commercial launch.