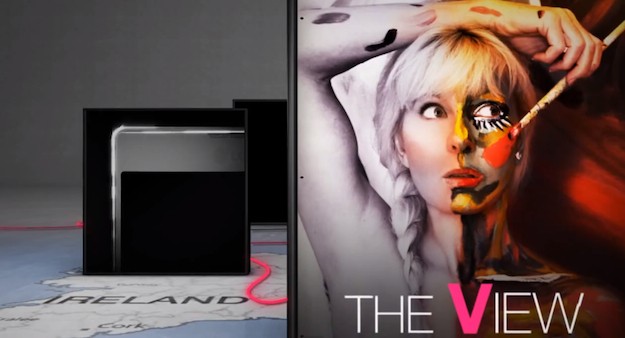 LG is going all out to ensure we know it has a very busy Mobile World Congress planned, having been teasing pictures and videos for the past few weeks, and soft-launching both individual and complete new ranges of smartphones. It hasn’t finished either, as it has released a new 50-second teaser video, which hints at all these and more still to come.

It shows a selection of monolithic structures on a map of Europe, each containing a buzzword with a single, highlighted letter. We start with The Style, where the L stands out, then we’ve got the F in Freedom, the V in View and the G in Greatness. The video ends with the words, “See the difference right here in Barcelona.”

So, have you cracked LG’s code? That’s right, the standout letters all correspond to LG’s model numbers. We know all about the Optimus G and the Optimus G Pro, the latter of which should be at Mobile World Congress, along with the new L Series II handsets. The F Series has been mentioned before, with LG hinting they’ll be LTE-focussed smartphones, although we’ve not heard anything about their features or design.

That leaves us with the V for View. You’ll recall LG’s Optimus Vu and Vu:2 tablet/smartphone hybrid, which received a limited release last year and appeared as the LG Intuition on the Verizon network. The picture associated with the V for View in the video shows someone painting a picture, suggesting whatever we see will come with a stylus, just like the Vu.

LG likes to challenge (or should that be follow) Samsung when it gets the opportunity, but the Vu never quite matched up to the Galaxy Note and Note 2, plus a big screen device with a stylus seems redundant following the announcement of the Optimus G Pro. Perhaps, then, the V Series will be a Note 10.1 challenging LG tablet?