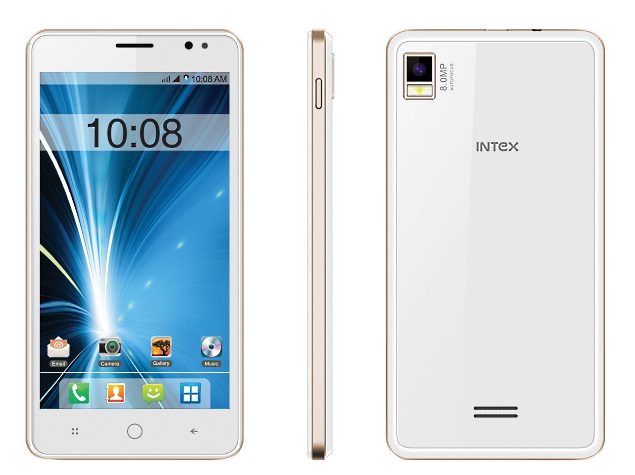 The Aqua Star L is a dual-SIM (GSM+GSM) smartphone featuring a 5-inch (480×854 pixels) FWVGA IPS display. It is powered by a 1.3GHz quad-core (unspecified chipset) processor coupled with 1GB of RAM.

It comes with 8GB of inbuilt storage, which is further expandable via microSD card (up to 32GB). It sports an 8-megapixel rear camera with LED flash, while there is a secondary 2-megapixel front-facing camera also on board.

Commenting on the launch, Sanjay Kumar Kalirona, Mobile Business Head, Intex Technologies said, “Our newest offering in the Aqua collection, the Aqua Star L, proves Intex’s dedication to remain a technology supernal. It is absolutely imperative to run along with the technological advancements to stay in a competitive environment. Looking at the demand, the smartphone has been instilled with a 12.7 cm (5-inch) fully laminated screen and an 8-megapixel camera along with various features. We are excited to bring Intex’s latest phone to our customers.”