iBall’s yet-to-be-launched Android 4.4 KitKat-based smartphone dubbed the iBall Andi 5M Xotic is now available via an online retailer at Rs. 8,950. The smartphone was first teased by the company earlier this month, and has still to be officially launched with pricing and availability details.

On Monday, Mumbai-based retailer Mahesh Telecom had also tipped the launch of the iBall Andi 5M Xotic at Rs. 7,999. 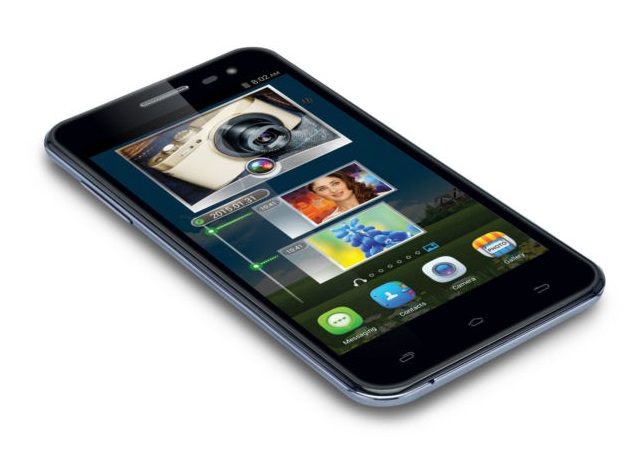 The iBall Andi 5M Xotic, according to the listing, is a dual-SIM smartphone and runs on Android 4.4 KitKat which is upgradeable to Android 5.0 Lollipop. It features a 5-inch qHD (540×960 pixels) IPS display that offers a pixel density of 220ppi.

The smartphone packs a quad-core 1.3GHz Cortex-A7 processor coupled with 2GB of RAM. Besides an 8-megapixel autofocus rear camera with BSI sensor and LED flash, the iBall Andi 5M Xotic also includes a 3.2-megapixel front-facing camera. The 16GB of inbuilt storage is expandable via microSD card (up to 32GB).

Connectivity options on the iBall Andi 5M Xotic include 3G, Wi-Fi, Bluetooth, Micro-USB, GPS/ A-GPS, and FM radio with recording. The handset is backed by a 2000mAh battery. It is available on eBay.

Along with the reported launch of the Andi 5M Xotic, Mahesh Telecom had tipped another smartphone from iBall had made a debut – the iBall Cobalt Oomph 4.7D. As for the iBall Cobalt Oomph 4.7D, the handset’s design appears to be copied from the iPhone 6, as seen in the image. The dual-SIM dual-standby smartphone features a 4.7-inch HD (720×1280 pixels) resolution IPS display with a pixel density of 312ppi. Like the iBall Xotic, the Cobalt Oomph 4.7D also runs on Android 4.4 KitKat and is upgradeable to Android 5.0 Lollipop. Powered by a Cortex-A7 based quad-core 1.3GHz processor, the smartphone houses 1GB of RAM.